Past Exhibitions > Everything is Illuminated 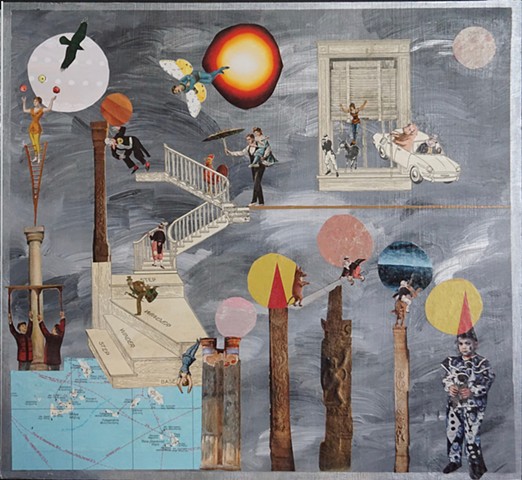 Icarus and His Dreams of Falling 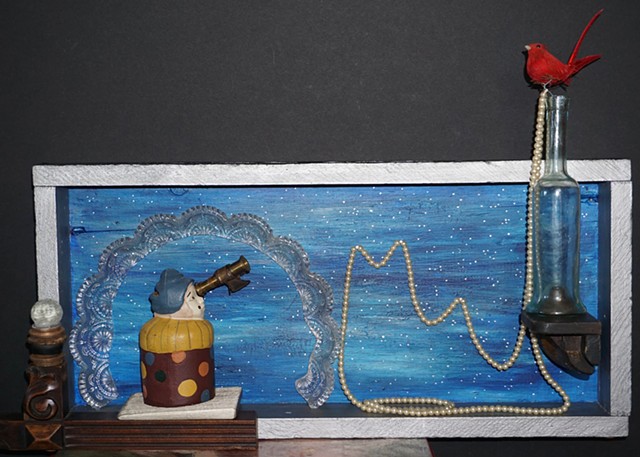 Everything Is Illuminated
Acrylic Paint, Paper and Found Objects 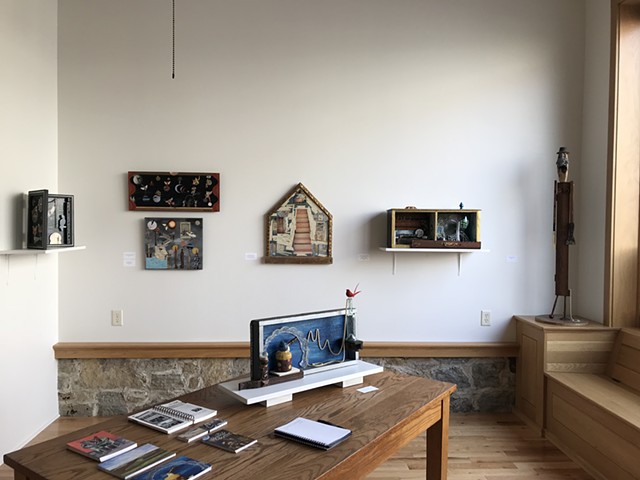 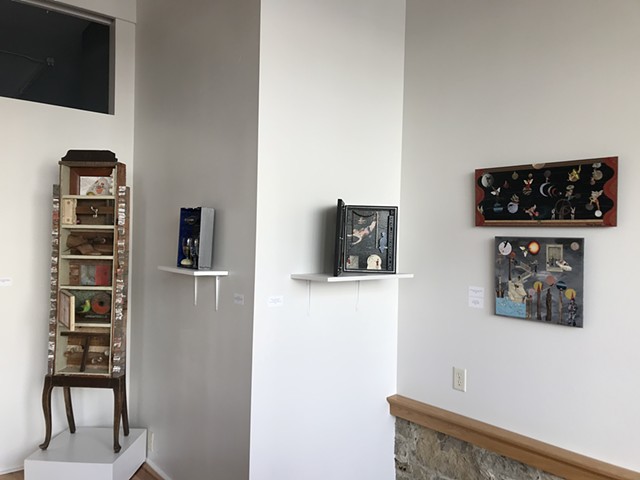 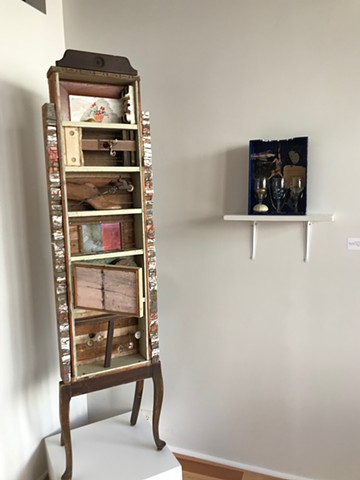 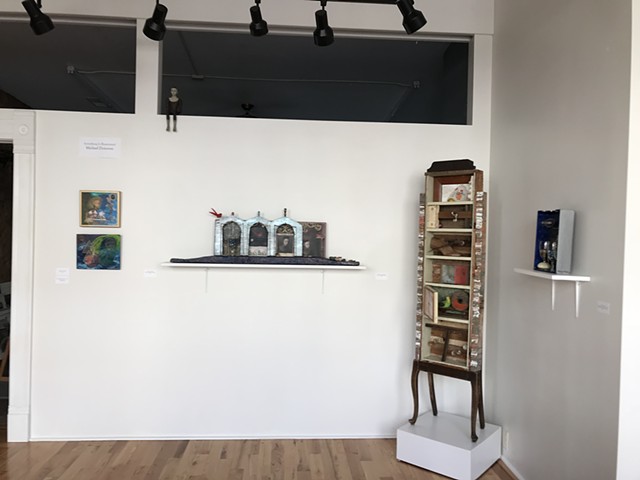 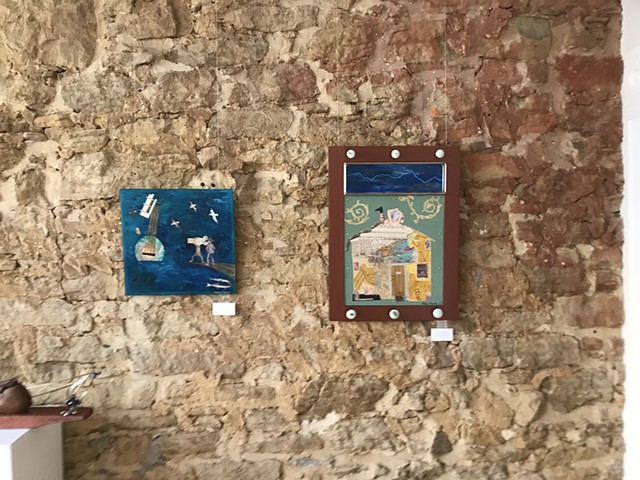 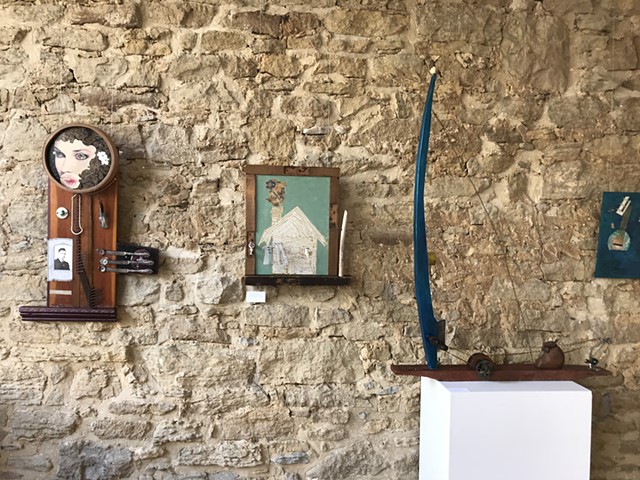 Invitation to a Conversation During the 1960’s , my dad Wink became aware of Buckminster Fuller and began taking us to the lectures at the University of Chicago and other venues. Those lectures could last for hours and they captivated us. Wink worked as a self-employed carpenter/general contractor, but his passion became studying Fullers’s math and philosophy . He would wake up early to build models that would demonstrate the math behind geodesic domes, tensegrity spheres and atomic concepts. At the same time, my mom Jeannie had become a Montessori school teacher (after I was already in junior high) and began teaching 3-5 year olds to be critical thinkers. She had also trained as a commercial artist. They shared with my brothers and me their different ways of teaching. Jeannie was subtle, Buddhist like, never drawing attention to herself . She was always working with the goal of teaching us to be compassionate yet able to explore and honor who we were becoming as individuals. Wink was always ready to show us what he learned through studying Fuller's work. Pepsi and cigarette in Invitation to a Conversation hand , he would explain the next concept that he had newly comprehended. Before I had my driver’s license, Wink was giving my friends and me a ride to an event. We were in the back seat of the van talking negatively about someone at school. At the next stop sign, he turned around and stated a quote attributed to Eleanor Roosevelt - “Great minds discuss ideas, average minds discuss events, small minds discuss people.” We did not have anything else to say on the way to the destination. The short list of people who have influenced this body of work are: Jeannie and Wink Donovan, Leonard Cohen, Buckminster Fuller, Joseph Cornell and Christine Tharnstrom (my pearl girl). They converge, intersect, and weave with me and each other throughout the day, along with others who have touched my life. All these years later, I am still talking about people. Who are your influences and muses? Thank you to Lorna Ann Filippini and Clyde Paton for this opportunity to share my passion.