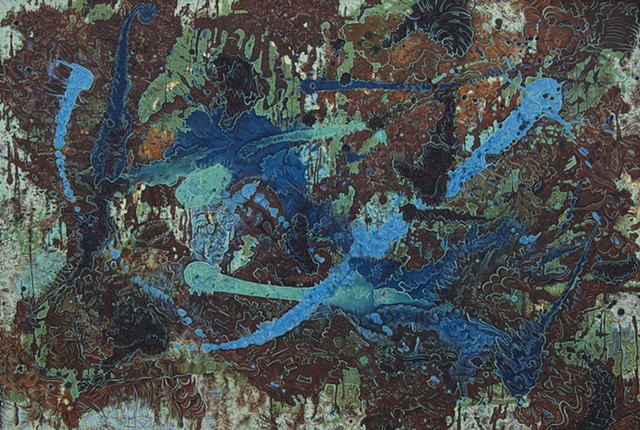 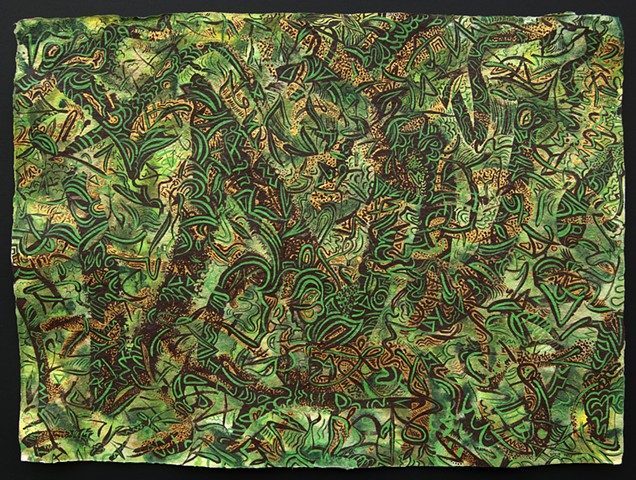 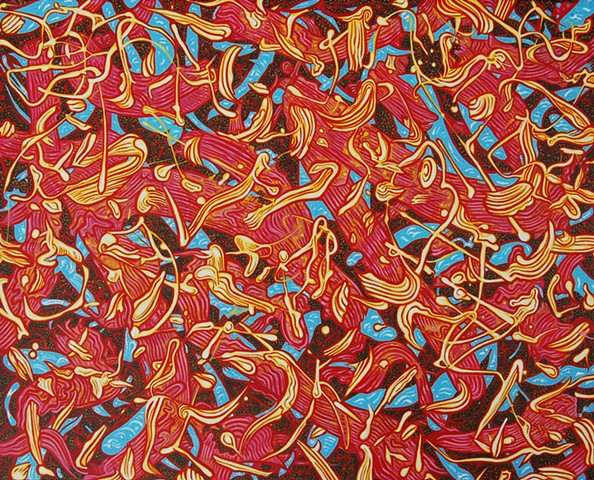 paintings by Bruce Thorn August 5th through 27th 2017 Opening with artist Saturday, August 5th 5-8pm Bruce Thorn was born on Chicago’s Southside in 1952 and grew up in a time of anti-war protests, the civil rights movement, widespread police brutality and the 1960’s cultural revolution. Thorn decided early on to become a painter and from the beginning his artwork reflected the intensity, complexity and introspection of the times. Thorn has lived in the United States, Canada, Africa and Europe. The natural environment has had a large impact on his world view and is a point of departure for many works. Thorn earned a B.F.A. from the School of the Art Institute of Chicago in 1975 and an M.F.A. from the University of Illinois at Chicago in 1987. He has maintained a vibrant art practice throughout his life. His works have been exhibited in the United States, Czechoslovakia, Canada and the Netherlands. Thorn is also a contributing editor to the New art Examiner

Since the mid Nineteen Nineties, my work has involved abstract painting about energy fields and auras found in states of unknowingness and receptivity. Improvisational, gestural and impressionistic, with references to calligraphy and dance, the paintings are usually made without preparatory drawings and intend to offer an endless stream of metaphors and interpretations found only through silent contemplation.

Sometimes I close my eyes and depend upon chance. Painterly tactics are mobilized to make works that could not be made with any other medium. The act of building up layers of paint and transparencies involves a thoughtful search for ideas below the surface. I like to take paint through a full range of technical applications, from thin, washy, sloppy splashes to extreme texture and minuscule line work, dots and tremendous detail.

The sources of my artwork are observational, experiential and imagined. Each painting demands a complete and urgent faith in the need to express itself into being at any cost. I’m not interested in art that looks easy; give me a real challenge, some drama and mystery, a life and death struggle or even an elusive, minimal, Zen-like nirvana.

I am interested in the notion of essence, that which is essential. What’s the core of the message and goals offered by these artworks? The message is about using the imagination to look beneath appearances to achieve and maintain positive energy. The goal is for other people to experience these works first hand and for them to walk away feeling energized, peaceful, hopeful and genuinely engaged with life.