Current Exhibition > W.J. Kitto Watercolors May 21st through May 23rd 2021

After a long career in the family owned printing business Bill retired early to pursue a secret passion - watercolor painting. At the same time, 1970, he and Evie moved from Beloit to Mineral Point where his family roots run deep and where art was taking hold in the community. It was here he taught himself to draw and paint with watercolors. As a printer he had years of experience in graphic design which called for precision and attention to detail, hence his photo-like renderings of buildings and their surroundings.

Bill had a particular fondness for barns, old buildings and houses. As he drove through the countryside his mission was to discover an old farm building, a church or an interesting house yet unseen by the eye of his camera. Many of his paintings were bought by owners of the subject and many were commissioned by them. Bill practiced his art right up to the day before his untimely death from cancer. Three small black and white drawings are hanging in this exhibit, all done within the week of his death, each becoming less detailed as his days ebbed. He found great peace while absorbed in his creative passion. 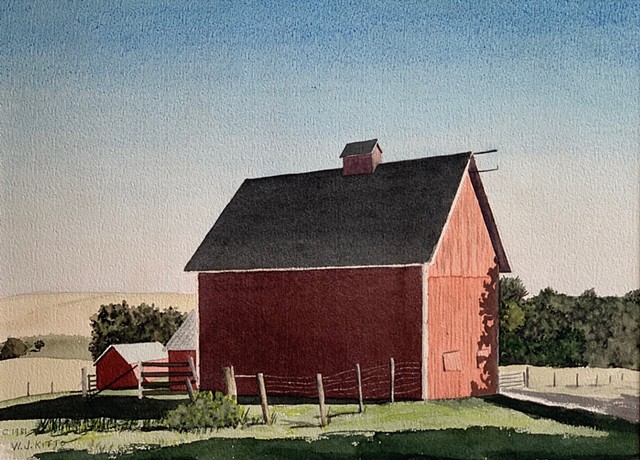